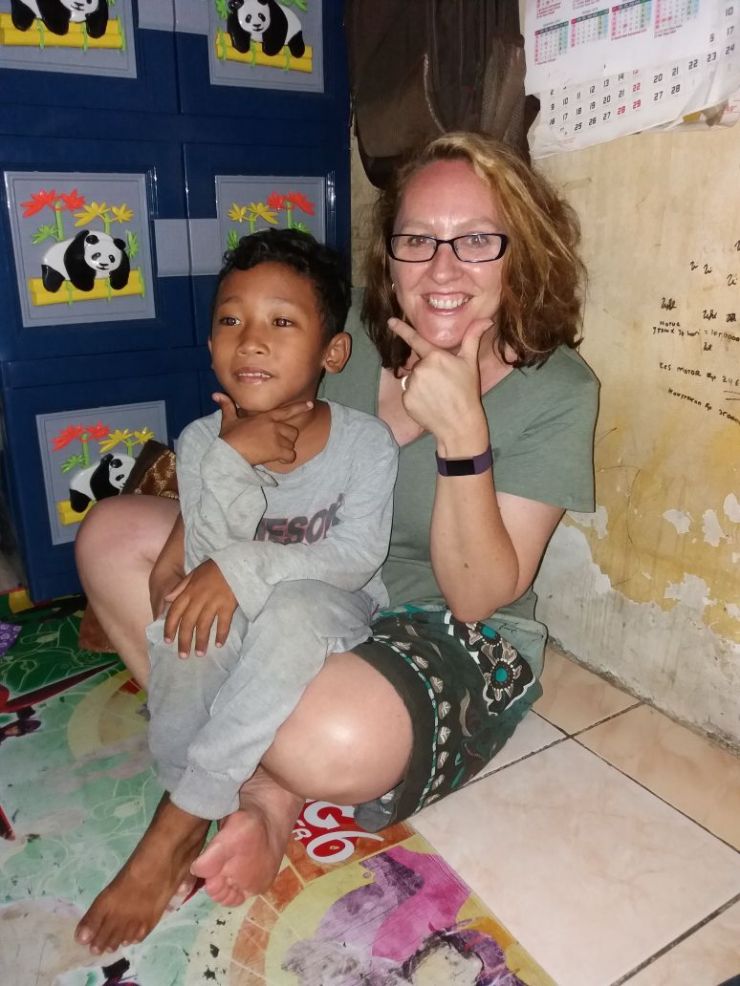 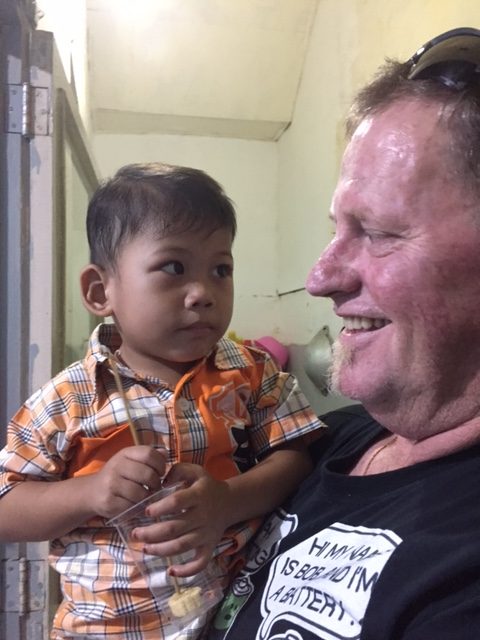 Friday 26th January
We met Nita Anggriawan and several of the LAP people at Atma Jaya University early morning. Mick and Bernadette accompanied Nita ( the Programme Director ) to visit four children living in some of the very poorest parts of the vast city of Jakarta. Frank & Joy accompanied one of the young case worker to see four other children also living in a slum area of West Jakarta.
Prior to visiting these children in their homes, we visited the infectious diseases hospital where they are taken by LAP for regular medical checks. There we met several LAP case workers with their charges waiting to see the doctors. We were also quietly taken into a restricted section of the hospital to see a young boy who was near death. His grandfather had been by his bedside for several weeks. It was a very sad situation. The boy died two days after our visit.
In most cases the father of each child has already died from AIDS and often the mother also. Therefore the children are usually being looked after by grandparents or relatives. All of the children and their family carers live in appalling conditions. Having visited some 20 children over the past four years we know the majority of them live in a single tiny room at the end of a long narrow crowded alleyway, sleeping on the floor, with no ventilation and only communal sanitary arrangements. It is hard to adequately describe just how terrible are their living conditions. ( However there are plenty of televisions and quite a few mobile phones to be seen ! Why not !)
Professor Irwanto is a senior faculty member at Atma Jaya Catholic University with many years involvement fighting on behalf of children and poor women both in Indonesia and South East Asia. He is the sponsor and person with overall responsibility for LAP. As visitors we were invited to join him and some other LAP people for a dinner at a restaurant in one of the many large shopping malls which have been built in Jakarta over the last 20 years. It was a chance to chat with the Prof ( and Nita ) again about their ideas for LAP in the future, and to meet his wife Irene, also Nita’s husband Rifan and several case workers. Prof Irwanto is a paraplegic due to an incorrect medical procedure some years ago.

Saturday 27th January
LAP run a school / learning centre three times a week at a small rented house in the poor Jakarta docks district. This is for the HIV + children and also for their carers who are taught the basic facts of the children’s condition and how to best cope. It is essential the children are given their ART medication every day because to stop, even for a short period, means any deterioration in their condition cannot be recovered. In addition they need to regularly be given the nutritional foods supplied by LAP ( vitamins, milk, etc ) . We four visitors spent the Saturday morning watching the LAP teachers ( Natasye & others) working with the children and their family carers. On the way Mick & Bernadette had stopped at a small shopping mall to buy sweets, doughnuts and milk drinks which made it a special morning for the children.

General Observations:
Lentera Anak Pelangi has been operating for 8 years and OLMC have supported them for over 4 years with total funds donated exceeding A$ 50,000. While the Indonesian Government does provide the essential Anti Retroviral Medication ( ART ) free for all HIV/AIDS sufferers, LAP rely on private assistance for the additional nutrition and counselling services to help the children ( currently 100 plus ) to survive in the harsh conditions under which they live. Our support makes up between 15% – 25% of their budget and for this they are very appreciative.

Frank ( For the O’Connor’s & Hetherington’s)