Father Bert Fulbrook SDB was ordained a Salesian Priest on 13th July 1991 after wanting, from a very early age, to be a priest.

Father Bert was born in Malta and sadly lost his father when he was only 4 years old. When he was 7 years old his mother sent him to a Salesian School as a boarder where he spent the next 6 years.
He came to Australia when he was 13 years old as one of the first group of child migrants from Malta. The group consisted of 27 children and they arrived in Perth.
Father Bert was one of 14 who were placed 400 kms north of Perth, 160 kms inland from Geraldton, at a small place called Tardun that consisted of a general store and a petrol station. Tardun was the name of the railway siding. It was a farming area, mainly wheat and sheep.

The Christian Brothers had a farm in Tardun where migrants were trained to settle in Australia and get a job with a farmer. The boys began working on the farm with the Brothers. Those who showed aptitude were given their own plot of land to farm. When they were 17 years old they were given a job with a farmer. Fourteen of the Maltese boys were given their own piece of land to farm.
Father Bert decided to join the Christian Brothers and in 1954 came to Melbourne and began his teacher training.

He made his Final Profession as a Christian Brother in 1964.

Father Bert began teaching in Yarraville and taught in Melbourne, West Australia, South Australia and Queensland. He last taught in Victoria in 1964.
In the 1970’s, early 1980’s, the call came again to the priesthood. At first he considered being a diocesan priest in Adelaide.
At the age of fifty-four, in 1987, Father Bert joined the Salesians .
Father Bert was ordained by Archbishop Leonard Faulkner in St Francis Xavier Cathedral in Adelaide on 13th July 1991. He returned to Adelaide to be ordained because he had many friends in Adelaide.
Father Bert’s sister and nephew came from England for his ordination.

Father Bert taught with the Christian Brothers for twenty years. He never taught with the Salesians.
In 2008 Father Bert began assisting in the parish of Our Lady of Mt Carmel in Sunbury.
Upon coming to Sunbury Father Bert joined the Bridge Club.
He has been part of the parish RCIA team for the past six years and always takes part in the Parish Forum each year.
In 2009 Father Bert celebrated fifty years in the Ministry of Service. To acknowledge this wonderful milestone, the parish celebrated this at the 10.30 am Mass on Sunday 13th September 2009. 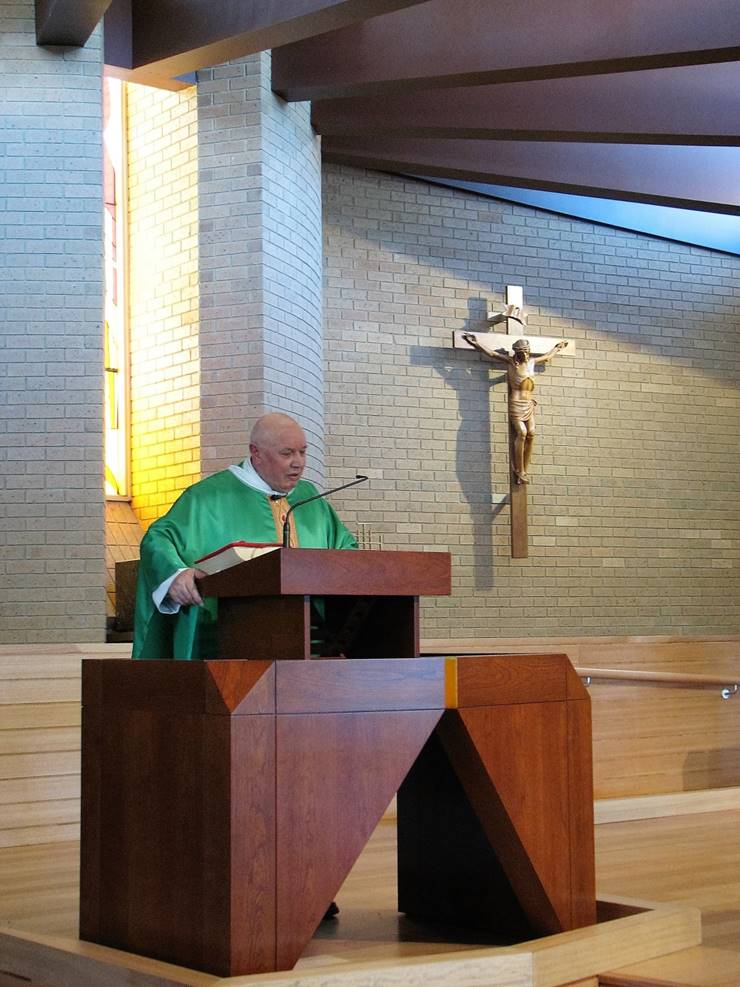 Father Bert, while belonging to the Salesian Community, is very much a part of our Sunbury Parish Community, taking a great interest in all that happens in the parish. Even offering to have a “Bert’s Burger” stall should the parish hold a fete in the future.

During Easter 2014 Father Bert, without hesitation, readily led in all the ceremonies when Father Kevin was ill. 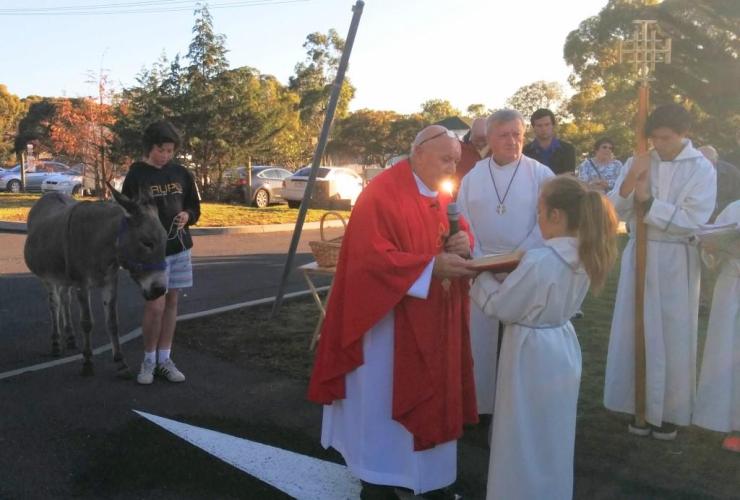 Parishioners appreciate his homilies and look forward to his stories.
Father Bert continues to teach and share his insights and faith through the articles he writes for the parish newsletter. At the celebration of his Silver Jubilee in the Sunbury Parish on Sunday 17th July 2016 Father Bert said that the happiest times have been in Sunbury amongst his many friends.