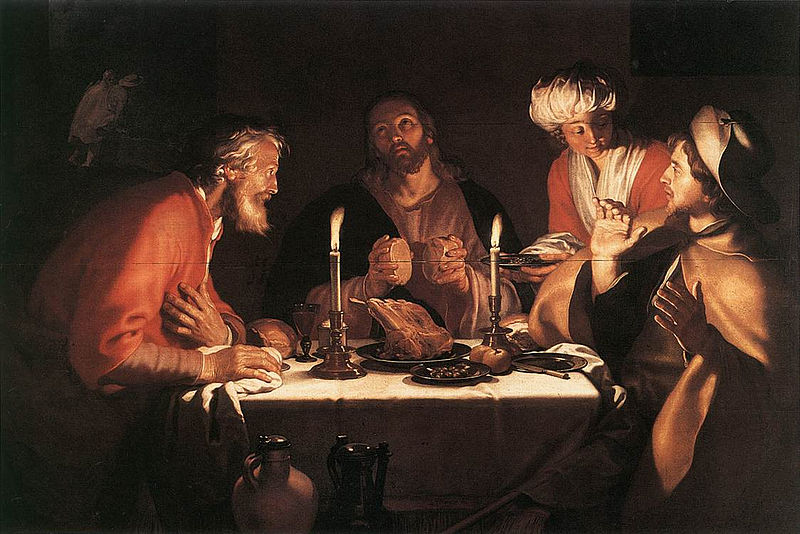 “Were not our hearts burning within us while He spoke to us?” Jesus appeared five times to people on the day of His Resurrection. This was most likely the fourth appearance, as these two disciples walked the seven mile distance to Emmaus. The conversation of the men indicates that they were aware of the reports from others that the Lord had risen and had been seen. Yet they seemed to be uncertain. It is difficult to imagine their excitement recognizing Jesus, but an indication of that is the fact that even though they have just made the walk to Emmaus, they turn and go back to Jerusalem, we assume with great haste.

The first reading from Acts shows us a very different Peter than the one we have known. Having received the Holy Spirit and having personally witnessed Christ’s Resurrection, Peter is a man on fire with faith. He speaks with confidence and authority, and although the rest of the Apostles are there, he has clearly become the spokesman.

What St. Peter urges us to do is to have that same fire, that same commitment, so that our hearts can be burning within us with the knowledge of our salvation. Peter tells us to “Listen to my words” and “Hear my words.” We could add to that “Understand my words,” as we seek to live out our discipleship, our stewardship as followers of Christ.